Can Uber Be a Trillion Dollar Company?

Uber is amidst a turnaround with tremendous opportunity ahead, but the headline is an under-told story. According to Uber’s S1 filing, Uber rides account for less than one percent of all miles driven globally. If Uber captures just a few more points of total addressable market, it could be a trillion-dollar company.

In fact, the Q4 earnings results were better than expected:

A Series of Interlocking Optimization Functions

Uber offers Uber Rides (Pool and X), Uber Eats, and Uber Freight. Uber also has a new mobility unit that operates scooters and e-bikes via the JUMP acquisition. Looking toward the future, Uber invests in R&D via the Advanced Technologies Group – primarily running the autonomous vehicle testing & development. Uber is not necessarily a product company – producing something that others use and consume directly, but rather a platform marketplace where demand and supply is matched. Marketplaces function through a dynamic and, when successful, virtuous cycle. An image from investor David Sack’s tweet perfectly exemplifies the conditions that govern Uber’s business. Further, each new business unit ads “nodes” to the other lines. For example, a driver can deliver for Uber Eats if there is a dearth of rider requests on a cold, dreary winter night. Conversely, a rider who has a very short trip can take a scooter instead of requesting a ride, which may be more expensive or unavailable.

Every action Uber undertakes essentially targets only two vectors: driver demand or rider supply. For example, surge pricing rebalances the marketplace during unequal levels of driver supply and rider demand. Contrary to popular belief, surge pricing does not exist to gouge consumer. Rather, variable pricing is a tool to incent drivers onto the platform, which ultimately lowers prices. Bill Gurley wrote an illustrative blog post on this critical lever. Efficiently utilizing capacity also impacts the supply and demand curves. Pricing is normally a semi-fixed value determined by margin profiles, historical sales, discounting, and competition. In Uber’s case, pricing is more like a Y variable – an output determined by a mix of independent, event-driven variables including weather, day of week, time of day, and the occurrence of major holidays. Bill Gurley also explains the rationale for Uber Pool. Uber’s demand/supply balance act is not just limited to fancy pricing algorithms. Uber grows the driver side through incentives and referrals. For example, Uber will offer cash bonuses for a set number of rides given in a certain time period. Uber recently formalized this approach through their Quest and Boost programs. 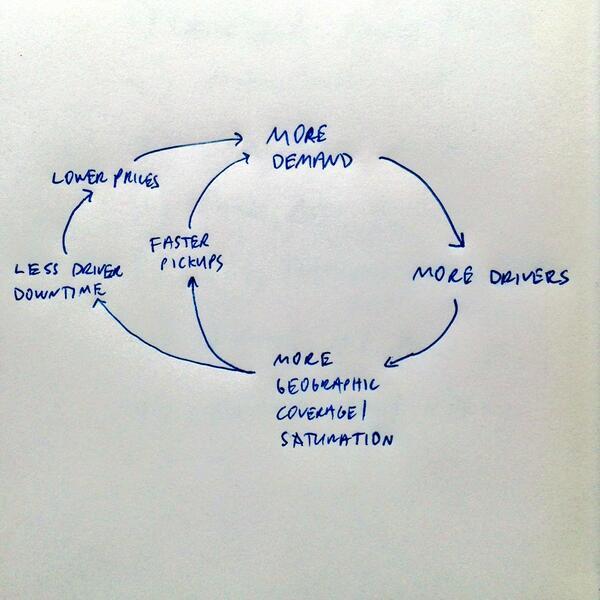 Uber has only been a public company for a handful of quarters, so it will take time to know if Uber is on track towards a sustainable, profitable business model. In the meantime, how can we understand if Uber growing responsibly? The below leading and lagging indicators below are a useful framework to understand Uber’s business. Some of these KPIs were mentioned directly in the Uber S1, while others are based on brainstorming the nature of a rideshare marketplace.

COVID-19 upended human interaction in 2020. Most if not all in-person events scheduled after COVID-19 took hold in North American were cancelled. As the world grappled with the deadly disease, technol

A Sign of Bad Science - Mistaking Correlation for Causation